This new hotel is in Belgrade's vibrant business and entertainment district. Located in Surčin area and with a great connection to the airport, the hotel offers a modern design, comfort, excellent service and a high level of functionality.
Perfect for business travel and conferences or a sightseeing trip to this booming metropolis in the Balkans.

The hotel offers a shuttle service from and to the airport.
Price of one direction is 14 euros.
If the offer fits you our driver can wait for you at the airport 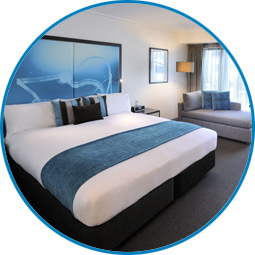 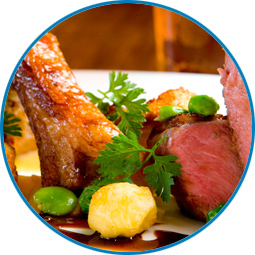 Soup, salad and cake for 10 euros 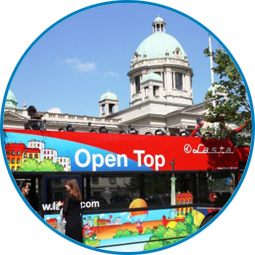 AIRPORT Garni Hotel is the first high-category apartment hotel in Belgrade. On the Reception floor, there are: the reception desk, Lobby bar with a diverse selection of drinks, buffet-style breakfast is served.
Rooms and suites are distributed from ground floor to 2nd floor. Sauna, Jacuzzi and Fitness are located on the ground floor.

Each suite and space in this hotel offers a unique experience at the same time, of the oasisof health, beauty, luxury and peace. 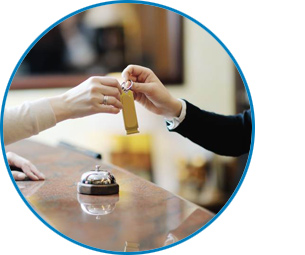 A treasury of aviation at Belgrade's Nikola Tesla Airport marks its 50th anniversary this year.

Visitors approaching the Nikola Tesla Airport are invariably attracted by the large glass-encased round structure that looks like a strange mushroom from outer space that has sprouted in the middle of Srem's cultivated fields. Numerous military and civilian aircraft surround the mushroom - along with radars and other wonders of aviation technology - clearly indicating to visitors that they have arrived at an Aviation Museum, a museum that is celebrating its 50th anniversary this year.

According to written records, this already middle-aged institution was founded at the initiative of a group of enthusiasts at Air Force Command in Zemun in February 1957; that its first exhibition was held in May at the old Belgrade airport; that its expansion was supported in its early days by domestic civil aviation institutions and enterprises.
A joint decision was made in the late 1960s for a new Museum building to be constructed at the premises of Belgrade's international airport in Surčin.
The construction of the large and complex building, covering more than 10,700 square meters, was launched in the mid-1970s, but technical and financial difficulties caused significant delays to the project.

Construction of the Museum building was not completed until 1988. This was also when the first permanent exhibition was set up and opened to the public on May 21, 1989.

That year, architect Ivan Štraus of Sarajevo received the prestigious "Yugoslav" award from the Borba daily newspaper for design of the Museum building and its surrounding complex. Since then, the Aviation Museum's permanent exhibition has attracted the attention of numerous domestic and foreign visitors, ranking it among the most popular and most-frequently visited sites in Serbia.

And what brings visitors to the Museum's exhibition halls?
Research has shown that, in addition to the modern architecture of this facility and the great value and diversity of the original aircraft, aircraft engines, air force weaponry, and displayed models, the museum has numerous other related items and documents that testify to the development of national and international aviation in the 20th century.

The Nieuport biplane that Serbian pilots flew during the Thessalonica Front military operations (1916-1918) draws a good bit of attention; a series of German, English and Russian training and reconnaissance aircraft testify to the development of aviation technology in the period between the two World Wars.
Experts, however, believe the Museum collection's most valuable items are an array of fighter planes and fighter-bombers, including specimens of the German Messerschmitt ME-109, the English Hurricane and Spitfire, the Russian Yakovlev Yak-3 and Ilyushin Il-2 and the American B-47 Thunderbolt.
To these should be added the German Focke-Wulf 190 and the Russian Yak-9P, and then there's the Italian Fiat G.50 fighter plane, the only one of its kind in the world - all of which are held in the Museum's storerooms. All these aircraft played a key role in decisive battles across Europe, Africa and Asia, but they were also used in operations by and formed a part of the Yugoslav armed forces.
Continuing the tour of the exhibition, visitors can also see a number of aircraft and helicopters that are more familiar, as they were manufactured some time in the 1950-1980 period. Perhaps the most interesting part of the latter section of the exhibition are parts of the US F-117 Nighthawk Stealth fighter bomber and the F-16, as well as an assortment of pilotless drones -all of which were shot down over Serbia during the 1999 Nato bombing campaign.
The preserved and partially exhibited examples of domestically-manufactured aircraft and gliders are of particular significance in terms of national aviation history and the domestic aviation industry. In addition to the already mentioned aircraft of Ivan Sarić and the training plane Fizir, visitors also enjoy inspecting the Aero 2 training aircraft made by Ikarus in 1948, transition-model aircraft such as the "213" and the "522", the "C-49 C" fighter plane, the UTVA 65 (Agriculturist) as well as the experimental piston-engine and jet aircraft constructed by Col. Bešlin.

The exhibition's central section is taken up by the domestic Galeb, Jastreb and Orao jet aircraft - constructed at the Aviation and Technical Institute in Žarkovo and manufactured in the Soko and Utva factories. All of them made a name for themselves at international exhibitions and air shows.
Included among the displays of domestic aircraft are a number of locally-designed gliders.

Although they were used primarily for glider pilot training, they have also set many domestic and world records in glider competitions. The exhibited aircraft are supplemented with exhibitions depicting the development of various sections and periods in the history of domestic military and civil aviation. The Museum's storerooms and its library contain thousands of books, objects and documents about the expansion of aviation in our country and internationally. It is no wonder that many foreign experts who have had the opportunity to gain a better understanding of its valuable exhibits have declared that the Aviation Museum in Belgrade is a true treasury of aviation history.